"Large Hadron Collider (LHC) worked since 10 September 2008 till 14 February  2013. Tevatron  worked since 1 December 1970, till 30 September 2011. Enormous resources were spent, but any essentially new results wasn't received. Neither superpartners,  nor additional dimensions, neither gravitons, nor black holes. neither dark matter, nor dark energy  etc., etc. weren't found. As for the Higgs, the assertion that the boson found in the 125 - 126 GeV, is this particle, is highly doubtful --

The Higgs field permeates the vacuum of space, which means the mass of the boson and the stability of the vacuum are closely intertwined. Theory predicted that if the Higgs boson is heavier than about 129 GeV, the universe should be on safe footing. The much celebrated particle has a mass of about 126 GeV - light enough to raise fears of instability (
http://www.sciencetimes.com/articles/1164/20141108/could-large-hadron-collider-discovery-be-something-else-researchers-look-to-techni-higgs-particles.htm
http://www.csmonitor.com/Science/2014/0624/Why-the-universe-isn-t-supposed-to-exist-video
http://www.popularmechanics.com/technology/engineering/extreme-machines/what-stephen-hawking-really-said-about-destroying-the-universe-17192502
). Higgs boson could have destroyed the cosmos shortly after it was born, causing the universe to collapse just after the Big Bang. The experiments that detected the Higgs boson revealed it had a mass of 125 billion electron-volts, or more than 130 times the mass of the proton. However, this discovery led to a mystery — at that mass, the Higgs boson should have destroyed the universe just after the Big Bang. This is because Higgs particles attract each other at high energies. For this to happen, the energies must be extraordinarily high, "at least a million times higher than the LHC can reach,

Right after the Big Bang, however, there was easily enough energy to make Higgs bosons attract each other. This could have led the early universe to contract instead of expand, snuffing it out shortly after its birth.

The Standard Model of particle physics, which scientists use to explain elementary particles and their interactions, has so far not provided an answer to why the universe did not collapse following the Big Bang,


That is within last several decades many theoretical physicists investigated what isn't present in the Nature. It is the Superstrings Theory, the Higgs theory, the Dark Energy and the Dark Matter hypotheses, etc.

On the other hand already in 2006 - 2007 the logic analysis of these subjects described in
http://www.amazon.com/s/ref=nb_sb_noss?url=search-alias%3Dstripbooks&field-keywords=Quznetsov
has shown that all physical events are interpreted by well-known particles (leptons, quarks, and gauge bosons)." 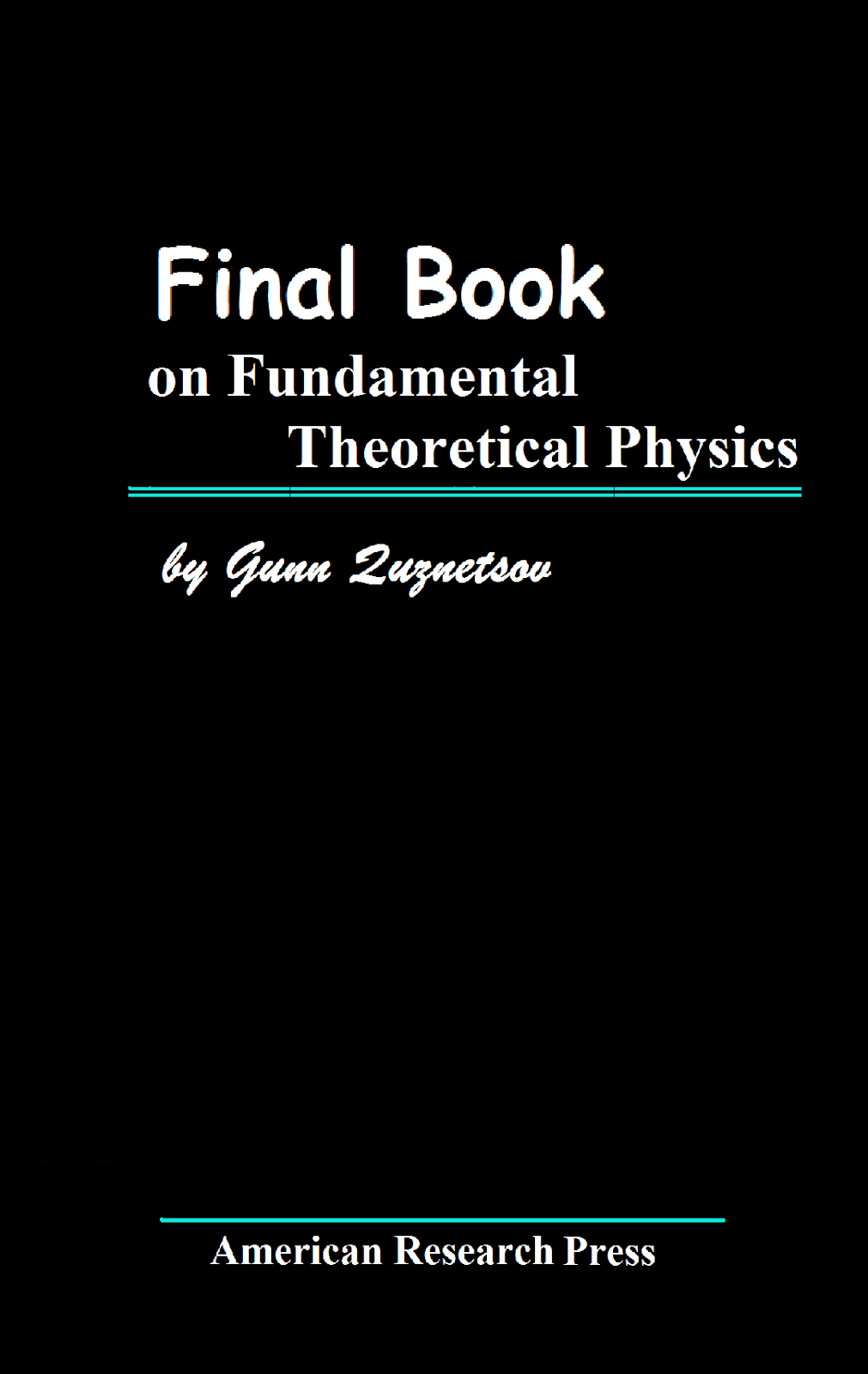 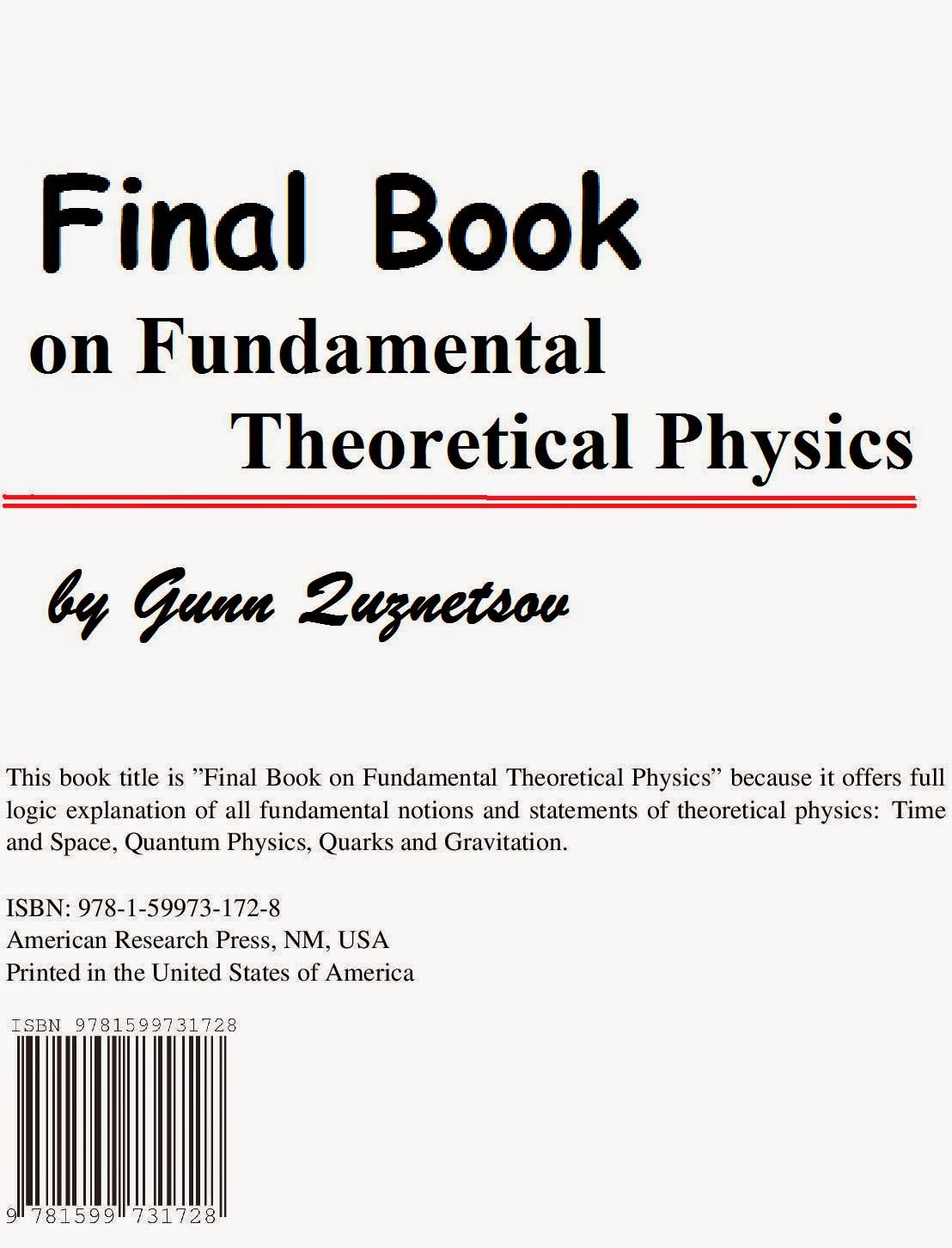 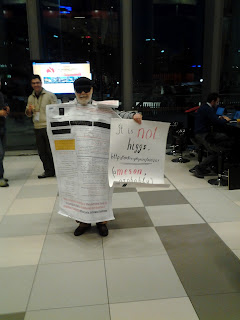 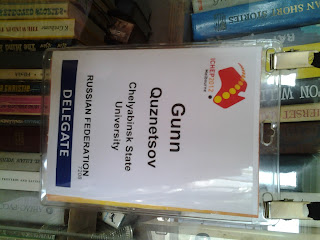 It not higgs (http://arxiv.org/abs/0708.2322 ) -- it is any meson. But now they and their descendants within decades will look for a way of transformation of it meson in higgs. 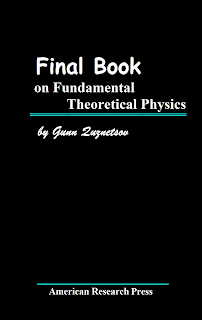 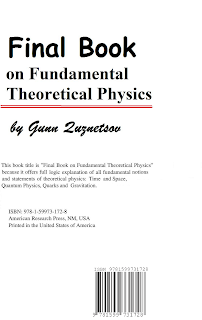 http://www.ptep-online.com/index_files/books.html
Within last several decades many theoretical physicists investigated what isn't present in the Nature. It is the Superstrings Theory, the Higgs theory, The Dark Energy and the Dark Masses hypotheses, etc.
Here some of last results from LHC and Tevatron:
WIMP-nucleon cross-section results from the second science run of ZEPLIN-III:
http://arxiv.org/abs/1110.4769 :
"This allows the exclusion of the scalar cross-section above 4.8E-8 pb near 50 GeV/c2 WIMP mass with 90\% confidence."
A search for charged massive long-lived particles:
http://arxiv.org/abs/1110.3302 :
"We exclude pair-produced long-lived gaugino-like charginos below 267 GeV and higgsino-like charginos below 217 GeV at 95\% C.L., as well as long-lived scalar top quarks with mass below 285 GeV."
Search for Universal Extra Dimensions with the D0 Experiment:\\
http://arxiv.org/pdf/1110.2991 :
"No excess of data over background was observed."
Search for new physics with same-sign isolated dilepton events with jets and missing transverse energy at CMS:
http://arxiv.org/PS\_cache/arxiv/pdf/1110/1110.2640v1.pdf :
"No evidence was seen for an excess over the background prediction."
Search for Supersymmetry with Photon at CMS:
http://arxiv.org/abs/1110.2552 :
"No excess of events above the standard model predictions is found."
Search for neutral Supersymmetric Higgs bosons...:
http://arxiv.org/abs/1110.2421 :
"In the absence of a signifcant signal,
we derive upper limits for neutral Higgs boson production cross-section..."
Search for Chargino-Neutralino Associated Production in Dilepton Final States with Tau Leptons:
http://arxiv.org/abs/1110.2268 :
"We set limits on the production cross section as a function of SUSY particle mass for certain generic models."
Model Independent Search at the D0 experiment:
http://arxiv.org/abs/1110.2266 :
"No evidence of new physics is found."
Search for the Standard Model Higgs Boson in the Lepton + Missing Transverse Energy + Jets Final State in ATLAS:
http://arxiv.org/abs/1110.2265 :
"No significant excess of events is observed over the expected background and limits on the Higgs boson production cross section are derived for a Higgs boson mass in the range 240 GeV < mH < 600 GeV."...
etc.,etc. There are more than 100 similar negative results and there are no positive results absolutely (for instance:  http://www.scientific.ru/dforum/scinews ).
On the other hand already in 2006 - 2007 the logic analysis of these subjects described in books G.Quznetsov, Logical Foundation of Theoretical Physics. Nova Sci. Publ., NY, 2006 and
Probabilistic Treatment of Gauge Theories. Nova Sci. Publ., NY, 2007, has shown that all physical events are interpreted by well-known particles (leptons,  quarks, photons, W- and Z-bozons) and forces (electroweak, strong, gravity).
"Final Book" contains development and continuation of ideas of these books. Chapter 1 gives convenient updating of  the Gentzen Natural Logic , a logic explanation of space-time relations, and logical foundations of the  Probability Theory. The reader who isn't interested in these topics, can pass this part and begin readings with Chapter 2.
Chapter 2 receives notions and statements of Quantum Theory from properties of probabilities of physical events. In Chapter 3 Electroweak Theory, Quarks-Gluon Theory and Gravity Theory are explained from these properties.
For understanding of the maintenance of this book elementary knowledge in the field of linear algebra and the mathematical analysis is sufficient.

You shall not find any new physics, because all physical events are interpreted well-known particles (leptons, quarks, photons, gluons, W-bosons, Z-boson) and forces which have long known (electroweak, gravity, strong interactions).

"no evidence for new physics is found"

"no significant excesses are observed"

I really dislike the provocative names of your posts, please DO refrain
from making them or you'll be banned here. It is NOT about absence of
the dark matter, it is about weakness of its interaction with the normal one.

Solutions of Lee Smolin Five Great Problems from his book  "The Trouble with Physics: the Rise of String Theory, the Fall of a Science, and What Comes Next" are described. This solutions is obtained only from the properties of probability without any ontological hypotheses.


Lee Smolin's Five Great Problems do have solution only using the properties of probabilities. These solutions
do not require any dubious ontological hypotheses such as superstrings, spin networks, etc.